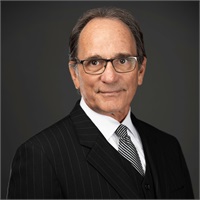 Thomas D. Van Geffen moved to Slidell in 1985 where he opened a branch office of a national NYSE firm. Within seven years Tom became a regional leader for the firm, leading 30+ offices in the Gulf Coast Region. In this role, Tom's responsibilities included identifying office locations from Slidell to Pensacola, FL., hiring advisors, and overseeing recruiting and training.

In 1996, Tom decided to move his financial services practice to the independent side of the industry and the birth of Van Geffen Wealth Strategies followed. Today the team at the Van Geffen Group, an independent firm, serve their clients with four financial advisors. These advisors offer securities through LPLFinancial Services, Inc. member FINRA/SIPC.

As a senior partner of the Van Geffen Group, Tom brings to the team an acute understanding of economics - past, present, and future - and the significance it plays when making investment decisions. He provides the macro economic direction for the firm as well as approving the implementation of various investment strategies.

Tom spends much of his time engaged in the hands-on managing of our clients' assets. Spend five minutes with Tom and you immediately notice that he as a passion for teaching. Tom's clients say that he has a unique ability to explain investing and seeking to preserve wealth in terms that they can understand.

Tom received his bachelor's degree in Business Administration with a minor in accounting from the University of Southwestern Louisiana. Tom holds series 7, 24, & 63 securities licenses with LPL Financial and a Louisiana Life and Health Insurance License.

Tom is a native of Jennings Louisiana, but has resided in Slidell for the past 31 years. Tom spends his free time with his wife Becky, their five sons, four daughter in laws and their nine grandchildren. His main hobby is spoiling his grandchildren. His grandchildren have nic named him ,"the president of the land of yes". His daughter-in-laws say he is a 12 year old with a check book when he disappears with grandchildren.

Tom qualified and ran the Boston Marathon, Marine Corp Marathon in Washington, DC along with the Mardi Gras Marathon in New Orleans. Tom's other hobbies have included over the years, flying his own plane, playing tennis on a USTA team (that won a National Championship),  snow skiing with his family in the winter, and playing golf in the summer. Tom and his Wife Becky are also avid readers, from novels to business books.

Tom and Becky are members of The Church of the King in Mandeville and often lead small bible study groups in their home.